This article contains a list of things I’ve built.

Wanna build something with me? I’d love to collab. Just contact me.

Wordo Dictionary (2013)
The best dictionary on the planet. Check it out on https://wor.do

There is one issue. This is my least ‘successful’ sideproject. No one uses Wordo. I’ve demo’d it to 50+ people, and without exception, they didn’t want to use it. I seem to be one of few people who is obsessed with words and definitions, and demand a well designed interface and social features. I’ve given up on the idea of other people using it. But despite that, I cannot stop myself from improving it every now and then, for my own pleasure.

Harf.io (2015)
A live videochat platform where multiple users can videocall, and an unlimited nr of people can watch. Users can create rooms and give them a name. Every room is publicly listed on the homepage and anyone can join to watch what’s going on. A bunch of people got addicted to the website. Live video processing was hard on our servers, and we have to upgrade several times to super powerful servers. If I had to do it again, I’d use peer to peer webRTC technology – which is inferior for one-to-many video broadcasting, but will make hosting a videochat platform virtually free. 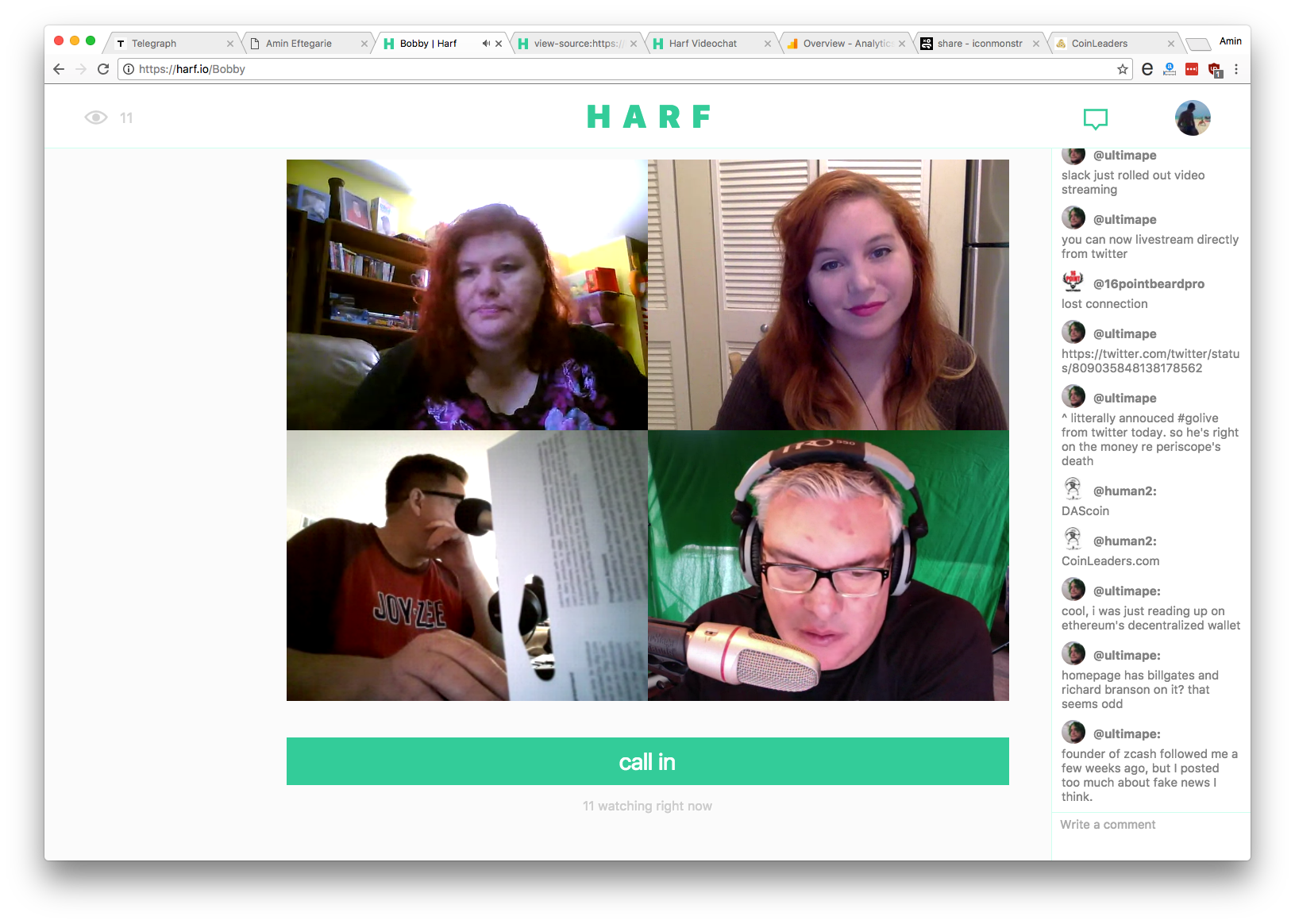 A bunch of funny trolls discovered the website as well.

See the guy with the guitar in the bottom left with the frozen stream? His name is Anthony. He and a lady named Crystal met on Harf, and they fell in love with each other. They lived in different US states and started traveling to see each other every moment they could. They got engaged.

AlexaRank.io (2014)
Alexa (not the virtual assistant) is an Amazon company that tracks the popularity of websites. Alexa gives each website a number based on their ranking. Google is number 1, meaning that it’s the most popular website on the planet. If you want to track the popularity of your website, and see the changes in a chart, you have to pay Alexa about $100 per year. So my friend Anas and me built a tool that allowed users to enter any domain name, after which our tool would track the Alexa rank and show you the data for free. We did this by illegaly scraping the official Alexa website for each domain. And we offered it ad-free and free of charge.

PopularFollowers.com (2012)
A long time ago I had a business. My business had a Twitter account with 10K followers, and I wondered if it had any celebrities following us. I did not want to go scroll through 10K followers to see if any of our followers were celebrities who had millions of followers. So I teamed up with my friend Raymond Camden to built a tiny tool that shows your top 100 Twitter followers, ranked by their follower count. We later allowed users to share their results on Twitter, linking back to our tool’s webpage. This brought us many more users 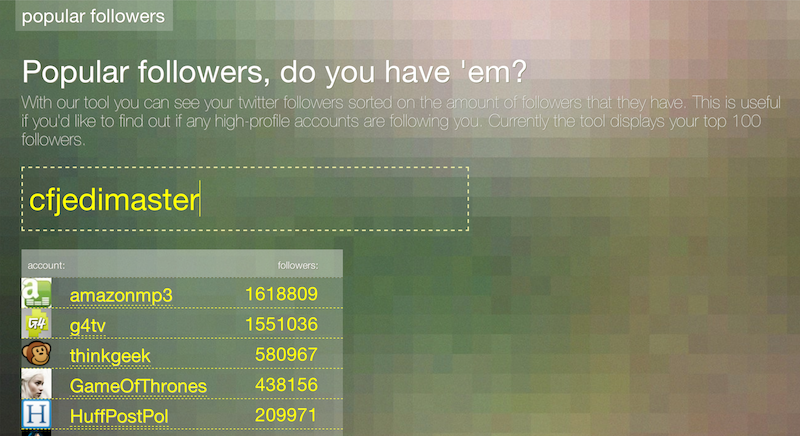 Trashness (2012)
This was the sideproject that was financially the most successful. It grew from my bedroom into an office with employees and $60K of revenue per month. At the time, I was working on several projects and I didn’t have much hope for this particular one, but this Trashness thing just kept growing and growing. Our business was designing and selling beautiful men’s wear, with our own brand on it. Everything from dress shirts and ties to belts and bracelets. Our brand had a cult following and people went crazy over our products. A Lyrics website (2010)
I built a lyrics website. Back in the day, way before genius.com, all lyrics websites were ugly as hell. The text was small and the page contained a handful of flashy advertisements. I teamed up with my friend who goes by the name of Chi (nicknamed after his zen-like calmness). We illegally scraped about 1M lyrics from a big lyrics website. Too bad I can no longer find screenshots of what it looked like, because our interface was beautiful.